The "Torgovaya Ploshad" Company operates in the market of sausages and meat delicacies since 1997 and today is one of the largest manufacturers of meat products on the market in Siberian Federal District. Nowadays the Company has the most extensive network of stores under its own brand, Company has planned the expansion of retail network in other regions. All products are manufactured from chilled domestic raw materials, suppliers of which are agricultural enterprises of the Novosibirsk region and Altai territory. The company relies on high quality standards, production is based on new technologies and modern equipment, which allows to produce high quality products at the most original recipes without adding soy, conservants or dyes. Due to the stable quality, the company has a high degree of trust and retains the loyalty of the consumer. 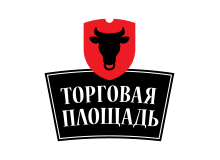